In the first of series of articles that takes an in-depth look into the major projector manufacturers and their product line-up, Peter Knight explores the points of differentiation that set Sony Digital Cinema apart.

Since its formation in 2010, Sony Digital Cinema has seen significant success in the exhibition arena. The company is able to draw on its unique skills in digital imaging, presentation technologies and, of course, filmed entertainment. Notably, it was Sony that introduced the first commercially available 4K Digital Cinema projector back in 2011, delivering engaging cinematic experiences to audiences worldwide. Since then, the projection portfolio has expanded into a family of reliable, high-contrast 4K solutions that offer leading image quality on any size screen from auditoria with less than 10m screens, all the way up to Premium Large Format 24m+ spaces.

Sony Digital Cinema is a part of Japan’s ubiquitous Sony Corporation headquartered in Konan, Toyko, which last year ranked 105th in the Fortune Global 500. The wider corporation includes a diverse range of businesses that focus on both consumer and professional electronics, gaming, entertainment and financial services. As cinema professionals know well, Sony also runs one of the largest film studios in the business. The wider interests of the corporation make Sony Digital Cinema different to other projector manufacturers — it has a hand in everything from lenses to screens as well as content creation and distribution.

For a long time, while other manufacturers were releasing laser products, Sony was notable in not having one on the market. Instead, the company was working busily away in the background on the release of its SRX-R815P projector — launched a year ago — the company’s first all-new projector in nearly four years.

Like the other projectors in the SRX-R800 series, the SRX-R815P is an HDR-ready 4K laser projection system for digital cinema applications that cater for both 2D and 3D screenings. The SRX-R815P can deliver its 4K image with a contrast ratio of 10,000:1, combined with a brightness of 15,000 lumens. This allows for the stunning presentation of standard cinema content as well as enabling High Dynamic Range (HDR) projection on suitably sized screens. The laser light source effectively eliminates the need for lamp replacement and the SRX-R815P can also be dual-stacked in the same way as the SRX-R515 to allow presentations on larger screen sizes. An integrated media block comes with a USB 3.0 connection, meaning high transfer speeds, and its storage capacity ranges from 4-8TB.

“While the European adoption of laser and availability of 4K content has continued to gain pace, there is a reality that not all lasers are created equally,” explains Oliver Pasch, European sales director, Sony Digital Cinema 4K, “Our HDR-ready 4K laser phosphor projectors offer an industry-leading contrast ratio at all brightness levels, so there is no compromise for enhanced contrast ratio only at lower brightness levels, as well as efficient, lamp-free operation with more than 35,000 hours of high-performance use. Offering true 4K images with generous brightness levels, it combines outstanding, crisp images with the quality, reliability and low-maintenance of laser.”

Appetite for — and the momentum behind — Sony’s laser offering is growing in Europe. In Germany, Cinecitta Nürnberg, one of the country’s largest and most technically advanced multiplexes, has invested in two SRX-R815DS dual 4K laser projection systems, while Cineplex Münster has installed a single SRX-815DS system. CineSpace has also selected Sony’s phosphor laser projector for its luxurious Waterfront complex in Bremen. In France, multiplex operator Cinéplanet installed France’s first SRX-R815DS last April.

To FINITY… and beyond

from 12m up to 23m. Combining high-brightness 4K projectors with powerful in-cinema branding, FINITY delivers an unforgettable big-screen movie experience — and the promise of greater profits for theatre owners. Part of the rationale behind the launch of FINITY was to provide both cinema and audience with clear messaging about the PLF format. The Finity brand tells audiences they are set for a superior experience, boosting the exhibitor’s ability to unlock potential profits from super-sized screens.

Upgrades for the next generation

The replacement cinema projector market has, in Oliver Pasch’s view, truly started — he notes that the company is seeing a lot of interest in its products thanks to the right combination of total cost of ownership, ease of maintenance and image quality that the audience will see on screen.

One such example from smaller independent operators who want to put the best image on their screens in the UK is The Picture House, Uckfield, where three of Sony’s products are set to replace ageing DLP systems. At CineEurope 2018, Sony announced a sale to this historic, independent venue, which celebrated its 100th anniversary in 2016. The Picture House Uckfield is upgrading to new 4K capable systems from Sony’s SRX-R510 series. The buying decision was strongly influenced by increased consumer demand for greater contrast and visual fidelity.

“I’ve seen a growing number of 4K releases in recent months,” explains Kevin Markwick, owner of The Picture House Uckfield, “and increased appetite among consumers for native, lifelike 4K content has mirrored this, Being able to provide high-contrast, 4K is a real differentiator. Theatre-goers are becoming more discerning and well-educated now when it comes to fundamental questions of brightness and resolution on the screen, and with our new systems our goal is to unlock the true power of visual fidelity and quality in the cinematic experience.”

Ready for the LED revolution…

As was discussed in the June 2018 edition of Cinema Technology, Sony demonstrated an LED screen at both CinemaCon and CineEurope in 2017 to gain a view on its technology. Sony is the only projector manufacturer that has publicly demonstrated an LED screen, and the second general manufacturer to showcase a cinema solution. This gives it both the ability to manage its own projector sales whilst still having a product ready should market appetite change sufficiently for it to become sensible to roll out an LED cinema solution.

Not just xenon vs laser

When much of the conversation concerns laser projectors and LED screens, it is important to remember the viability

of older xenon and mercury lamp technologies. Although starting with Xenon lamps, Sony has mainly only ever used mercury lamps in its projectors. This provides advantages in operation (no complicated safety equipment is required while changing them), allows for redundancy (more than one lamp can fail during a show, but the image will stay on screen), and predicted cost of ownership, as a result, is also lower. No-one buys a projector wedded to a light source. Buyers consider cost, maintenance and image quality — hence Sony’s range address multiple use cases.

I was able to spend a day with Mark Clowes, strategic product manager, digital cinema, at Sony’s UK offices in Basingstoke where I was able to investigate all its projectors had to offer. Mark spent time going through a detailed explanation as to how the LCD technology used in the Sony projectors differs to DLP chips. He followed this with an overview of every function on the projector interface. We discussed the various differences and similarities Sony’s projectors have compared to others on the market. Sometimes these differences can be business-oriented, sometimes technological, but Sony’s approach is always about giving the customer the most suitable option.

During the session, I was able to ingest content through the Sony interface and have a go at building some playlists. Later, I was able to align two of the stacked R515 projectors using the auto-alignment device. This adjusts both the projectors simply and effectively to create a single image. It only took a short period of time and can be scheduled to run automatically when the theatre is not in use, allowing for a daily check.

On any projector, I have always felt that the biggest challenge is with the software interface. These often feel “practical” rather than user-friendly. Variation in some of the naming conventions doesn’t help matters. On many systems, details relating to the way the projector carries out lens changes are “macros”, but Sony, in its wisdom, refers to them as “functions”. I found that several of Sony’s interface screens could perhaps be made more versatile with an extra button to add functionality, rather than requiring the user to swap back to a different screen to make an adjustment. Overall, my impression was that the Sony software is perfect for the majority of locations in which the projectors are based, namely those cinemas where standard ads, trailers and feature programmes run every day. Complex shows are more of a challenge to put together and manage, but this is easily overcome using Sony’s own TMS which handles playlist construction well.

“Since launching our PLF solution, Finity, a highlight of the past year has been the first wave of European customers committed to this — including Vue International which confirmed 19 Finity screens for its German operations, CinemaxX, and Vue Entertainment in the UK, whose flagship West End venue underwent a multi-million-pound refurbishment, reopening with Dolby Atmos and Finity technology in its two largest screens. Most recently Iceland’s leading operator, SamFILM, invested in a Finity system for its biggest screen.

“It’s an exciting time for future cinema technologies at Sony. That future lies in our Crystal LED Display system, currently going through Digital Cinema Initiatives (DCI) specification. It is a prime example of the feats of engineering Sony is capable of. We wowed audiences at CinemaCon in April with projector-free presentation — the screen has a contrast ratio of more than 1,000,000:1, with incredible clarity and colour, and a viewing angle of nearly 180 degrees. Seeing the reaction was a highlight of the show. This was Sony’s own technology, not to be confused with regular surface-mounted devices — it’s a different technology giving a completely different experience. Every cinema is unique, however, and our mission is to provide each with the tools to offer audiences the best experience, be that LED-, lamp- or laser-based projection.” 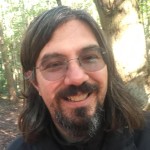